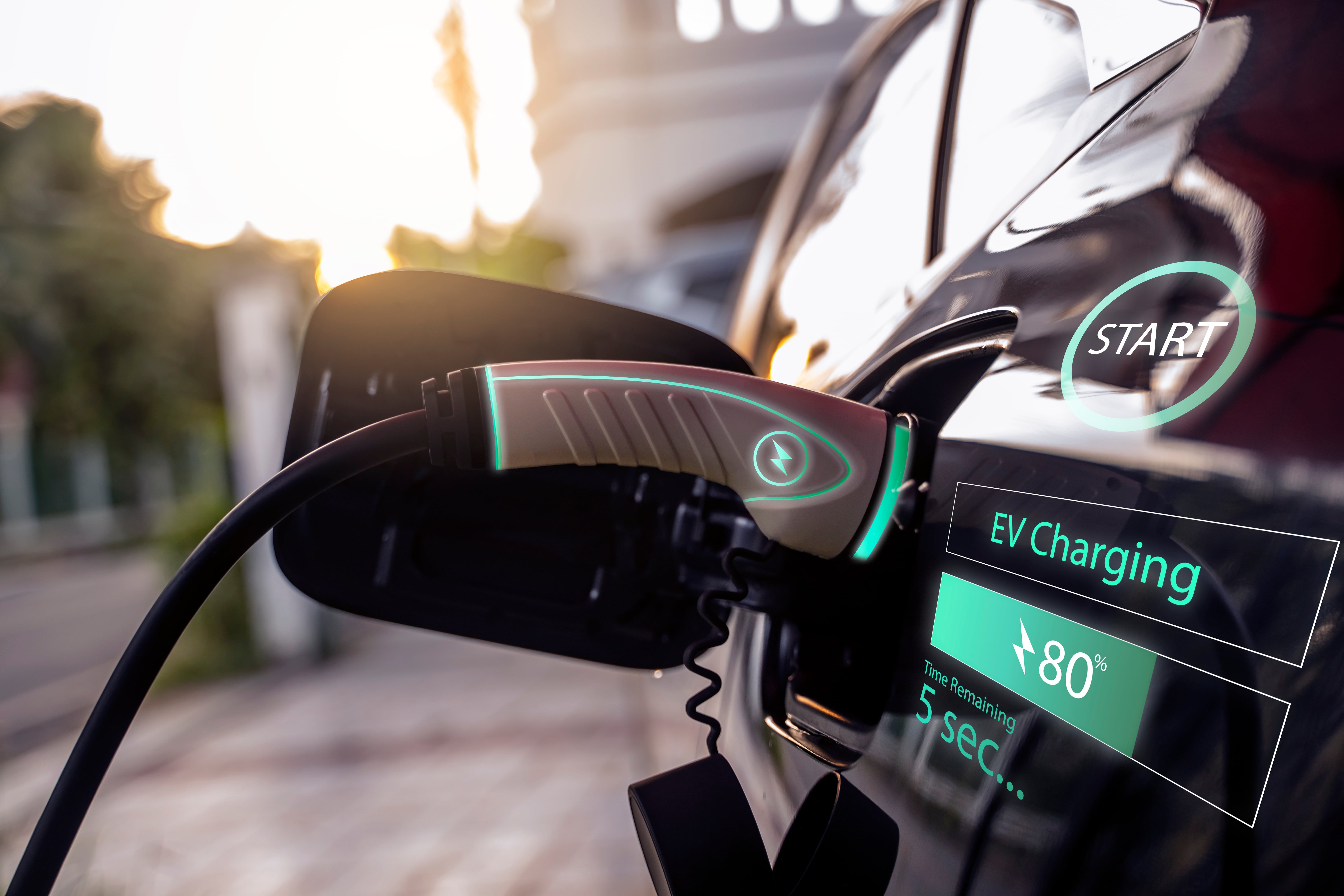 As the global demand for electric vehicles increases, the strain on the supply of battery materials is being anticipated throughout the industry. Around the world, the search is on for more affordable, efficient, and sustainable alternatives to lithium-ion batteries.

The race to get electric vehicles (EVs) to dominate the streets of the world is on. EVs are crucial in global efforts to reach net-zero carbon emissions, and at the heart of the vehicle of the future is the battery. Batteries determine the vehicle’s range, power, and cost. For EVs to become more widespread, batteries must become more powerful, durable, cost-effective, and sustainable.

In this article, we’ll take a look at the most common types of EV batteries, as well as innovations that could jumpstart the EV battery industry.

From mobile phones and tablets to laptops and electric vehicles, lithium-ion batteries have enabled revolutionary technological advances, many of which we take for granted today. These batteries have transformed how we live, work, learn, and move--so much so that the three scientists credited for their development were awarded the 2019 Nobel Peace Prize in Chemistry.

Used to power electric vehicles, lithium-ion batteries are compact, have a high energy density, and a low self-discharge rate. Also, they don’t require any active maintenance, which reduces consumer costs.

But lithium-ion batteries also come with a set of cons. First of all, they are expensive to manufacture. On average, the cost of a battery for a typical EV is about USD 7,350. The materials required to increase its energy--metals such as nickel, lithium, manganese, and cobalt--command a steep price on both the bottom line and the environment.

Over the next two decades, around 90% of battery demand is projected to come from EVs. For electric vehicles to enable a cleaner and greener future, they must minimize negative social, economic, and environmental impacts not only while on the road but also during their production and afterlife.

Around the world, scientists and engineers are researching and testing alternatives to the ubiquitous lithium-ion battery. Here are some of them.

All these characteristics mean carmakers can extend the range of an EV, manufacture smaller and cheaper batteries, and enable faster charging times.

Here’s a video illustrating the difference between a lithium-ion battery and a solid-state battery.

Solid-state batteries aren’t new. For years, they’ve been used in small electronic devices like wearables, pacemakers, and RFID. But, they’ve never been used in a demanding, high-performance application such as an automobile.

That isn’t stopping many automotive industry leaders from betting their futures on it. Major automakers such as Volkswagen, Ford, BMW, Nissan, and Toyota are investing in solid-state battery research.

Since 2012, Volkswagen Research has been collaborating closely with QuantumScape and has invested USD 300 million in the California technology company. Last December, the company revealed testing results for its solid-state lithium metal batteries.

Here are some key points from their press release about the battery test results:

The key breakthrough in QuantumScape’s technology: a solid but flexible ceramic separator to replace liquid electrolytes.

Earlier this month, Volkswagen and QuantumScape inked an agreement to select the location of their joint-venture solid-state battery pilot-line facility by the end of 2021.

“Our goal has been to bring our solid-state lithium-metal batteries to market as soon as possible,” said Jagdeep Singh, CEO and co-founder of QuantumScape. “This joint venture brings together QuantumScape’s core battery technology with Volkswagen’s deep understanding of high-volume, high-quality production, and maximizes our ability to bring this technology into industrial production.”

Scientists at the Tokyo University of Science in Japan have discovered an energy-efficient way to fabricate a hard carbon electrode with high sodium storage capacity, enabling sodium-ion batteries to deliver 1,600 Wh/kg. That is 19% more than lithium-ion cells, which typically deliver 1430 Wh/kg.

The study was recently published in Angewandte Chemie International Edition, a journal of the German Chemical Society (GDCh) that was founded in 1887. The study focused on the synthesis of hard carbon, “a highly porous material that serves as the negative electrode of rechargeable batteries, through the use of magnesium oxide (MgO) as an inorganic template of nano-sized pores inside hard carbon”.

"Our study proves that it is possible to realize high-energy sodium-ion batteries, overturning the common belief that lithium-ion batteries have a higher energy density. The hard carbon with extremely high capacity that we developed has opened a door towards the design of new sodium-storing materials,” said Professor Shinichi Komaba.

Researchers in other countries and universities are also focusing their efforts on sodium-ion battery technology. A South Korean sodium-ion battery managed to handle around 500 complete charging cycles before its capacity dropped to 80%, according to a May 2020 publication. Meanwhile, a team from Washington State University (WSU) and Pacific Northwest National Laboratory (PNNL) have created a sodium-ion battery that “can deliver a capacity up to ~190 mAh/g and a potential specific energy of ~160 Wh/kg, which narrows the gap with some lithium-ion batteries”. It also retains more than 80% of its charge after 1,000 cycles.

With sodium being a cheaper and more abundant material than lithium, the fabrication of a working and commercially viable sodium-ion battery could make electric vehicles more affordable.

With lithium-sulfur batteries, the cobalt cathode material is replaced with sulfur, enabling the battery to reach a higher energy density. Theoretically, it can hold a charge capacity six times greater than that of lithium-ion batteries. In addition, a lithium-sulfur battery ensures a lower carbon footprint in manufacturing.

Developed by an international team led by Dr. Mahdokht Shaibani from the university’s Department of Mechanical and Aerospace Engineering, the cells have four times the energy capacity of lithium-ion. With this energy capacity, the lithium-sulfur battery could power a phone for five days without recharging and quadruple the range of electric vehicles. The prototype cells have been fabricated by German R&D partners Fraunhofer Institute for Material and Beam Technology.

The study was published in Science Advances last January 2020, the first research on lithium-sulfur batteries to be featured in the publication, which was founded in 1880.

“Successful fabrication and implementation of lithium-sulfur batteries in cars and grids will capture a more significant part of the estimated AUD 213 billion value chain of Australian lithium,” said co-author Professor Mainak Majumder. “[And it] will revolutionize the Australian vehicle market and provide all Australians with a cleaner and more reliable energy market.”

Electric vehicles are vital in reducing air pollution, but without reuse and recycling solutions and policies, EV batteries could become a serious waste-management issue.

When the capacity of an EV battery goes below 70-80%, it is no longer strong enough to power a vehicle. It can, however, be repurposed for energy storage and grid services.

“For cars, when the battery goes below say 80 percent of its capacity, the range is reduced,” Amol Phadke, a senior scientist at the Goldman School of Public Policy at the University of California, Berkeley, told The New York Times. “But that’s not a constraint for stationary storage.”

Compared to the batteries of fossil fuel vehicles, EV batteries are complex and compact devices, making the recycling process labor-intensive and costly. But, automakers such as the Volkswagen Group are rising to the challenge.

After more than a decade of research, the company has opened its first EV battery recycling plant in Salzgitter, Germany. Developed to be more energy-efficient than present battery recycling techniques, the pilot plant aims to recapture up to 95% of the materials in an EV battery pack for potential reuse.

In the coming decade, more automakers are committing to producing electric vehicles exclusively. Within the next ten to thirty years, many countries aim to phase out gas- and diesel-powered vehicles.

The success of the EV industry will depend on innovations in battery technology. Next-generation EV batteries with greater range, a smaller carbon footprint, longer lifespans, and lower costs will ensure a cleaner, greener future--from the start of the production line to the last mile home.