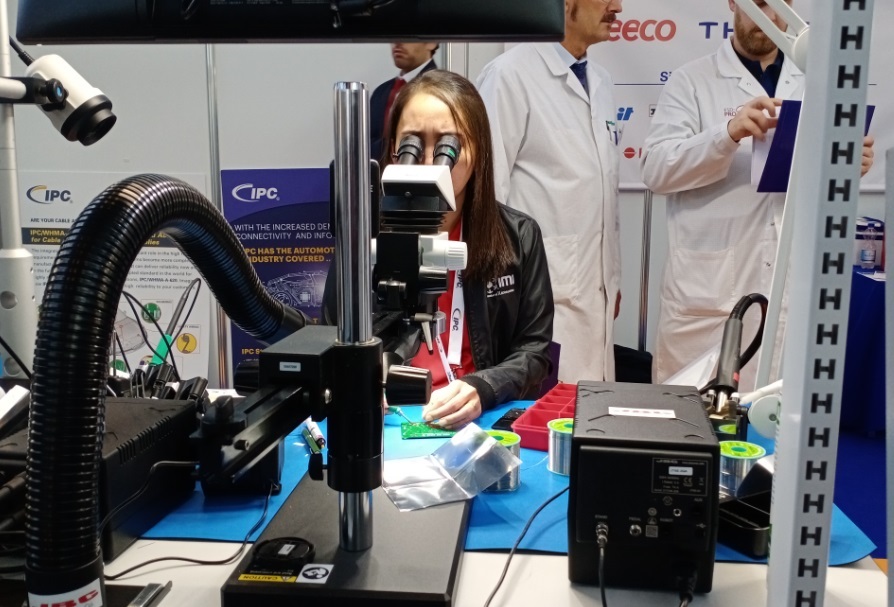 The contestants were challenged to complete a functional assembly within 60 minutes fully compliant with the IPC-A Class 3 criteria for solderability, the highest standard among the IPC classes. Finalists were then assessed by the panel of judges in terms of speed and functionality. Velasco got 315/340 points within a time frame of 57 minutes and 59 seconds, garnering third place. Representatives from Indonesia and France won first and second place, respectively.

Hand soldering is a process used to repair, modify or connect different points in a printed circuit board (PCB) assembly. Since the reliability of an electronic equipment is guaranteed by zero-defect soldering processes, the world championship paid tribute to the best skills in hand soldering complex PCB assemblies.

Representatives from Germany, France, United Kingdom, Hungary, Poland, China, Malaysia, Indonesia, Japan, Korea, India, Thailand, Vietnam and the Philippines were among those who competed and showcased their soldering skills.

Now known as the Association Connecting Electronics Industries, the Institute of Printed Circuits (IPC) is a trade association that aims to standardize the assembly and production requirements of electronic equipment and assemblies.