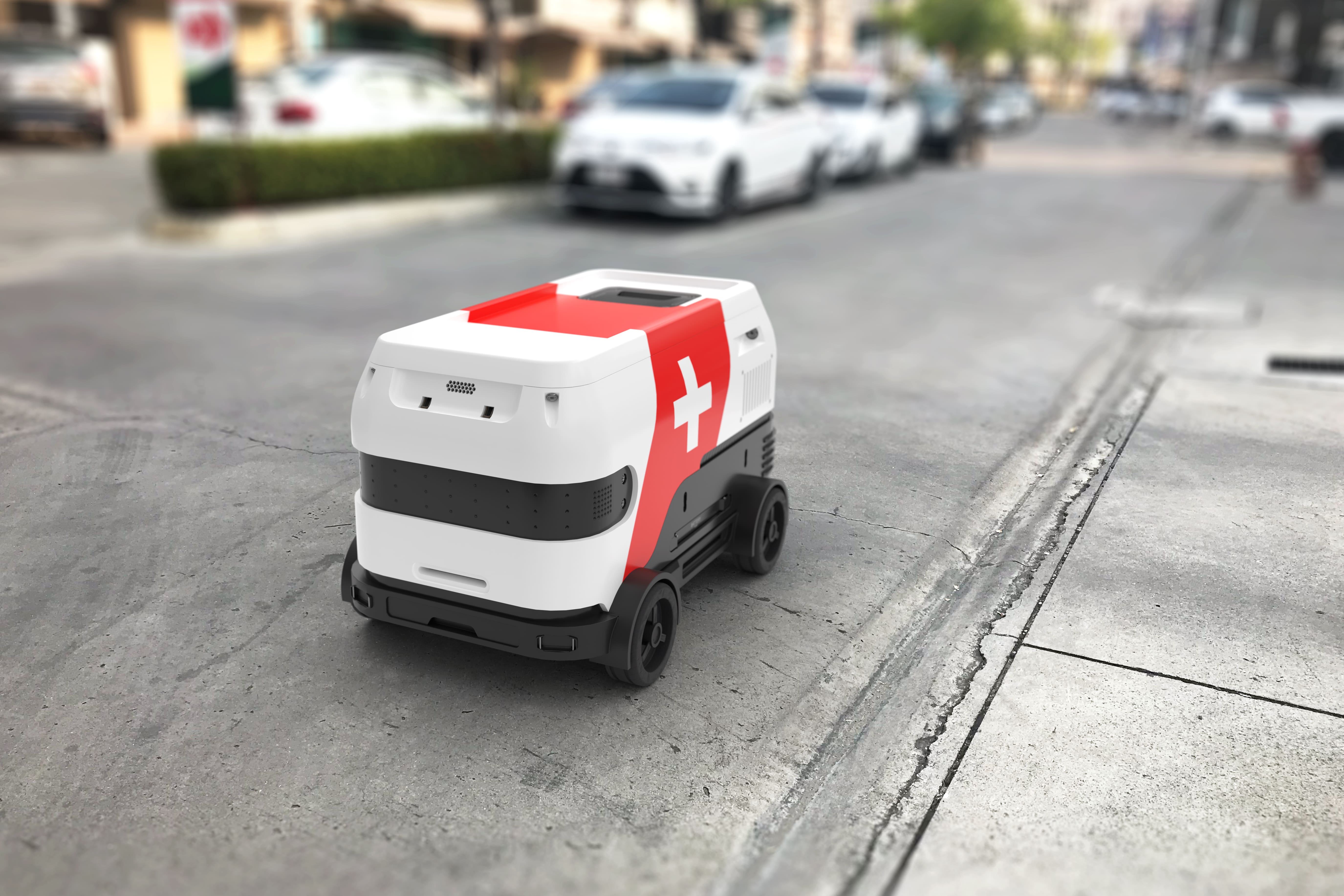 Discover the latest robotic innovations for disaster and response: what are rescue robots capable of,  and how do they help first responders save lives?

Severe flooding and collapsed buildings, deadly shipwrecks, and raging fires--these are only some of the disasters where first responders must bravely go to save who they can. Many responders do so at the cost of their lives, entering dangerous situations where time is of the essence. They need as much help as they can get, and that’s where rescue robots come in.

In this article, find out how rescue robots are helping first responders save lives--on land, at sea, and in the air.

The history of rescue robots

In 1995, two major events on two different continents galvanized scientists to develop disaster robotics: the Oklahoma City bombing in the United States and the Hanshin-Awaji earthquake in Kobe, Japan.

For first responders in these disasters--one natural and the other man-made--time was of the essence. But collapsed buildings stood in their way. “There were most likely survivors trapped within the deep recesses,” roboticist Dr. Robin Murphy, director of the Humanitarian Robotics and AI Laboratory at Texas A&M University, told Discover magazine. “And you just couldn’t get to them in time.”

The two 1995 disasters spurred the development of search and rescue robots in these two countries. It was led by Murphy in the United States and by roboticist Satoshi Tadokoro in Japan, who was an associate professor of Kobe University during the 1995 Kobe earthquake.

Since then, rescue robots have been deployed in catastrophic events such as the 9/11 attacks, the Fukushima Daiichi nuclear disaster, and the fire at the Notre Dame Cathedral in Paris.

Robots to the rescue

Let’s take a look at the different types of rescue robots.

Here are some examples of rescue robots that came to the rescue during disasters around the world.

The conditions were too dangerous for the Paris Fire Brigade, so they sent Colossus in. Waterproof and fireproof, Colossus helped extinguish the fire that devastated the Notre Dame Cathedral in Paris. Fire-engine red and built like a tank, the 1,100-pound remote-controlled robot can blast 3,000 liters of water per minute and project water up to distances of 250 meters. It was designed and built by Shark Robotics in collaboration with the Paris Fire Brigade.

“The main reason we started working with the Paris Fire Brigade—and the main advantage of this robot in particular—is avoiding injury to human firefighters and victims. That has been our focus from the very beginning,” Shark Robotics cofounder Cyril Kabbara told IEEE Spectrum.

“Beyond that, there is the added benefit of the kinds of techniques that a robot can use that would be much harder for humans—things that require transporting heavy equipment or moving through very dangerous areas. Our goal is to keep firefighters safe and free from the heavy work that distracts them and takes time away from solving problems quickly and effectively,” Kabbara continued.

Delta Robot: a veteran of disasters

From the 9/11 terrorist attacks to Hurricane Katrina, Inuktun’s Delta Robot has seen a lot of action. Formerly known as VGTV--Variable Geometry Tracked Vehicle--these small “cameras on tracks” robots can maneuver through rubble and change shape to get into tight spaces.

Hyrodnalix’s Emergency Integrated Lifesaving Lanyard (EMILY) is a remote-controlled robotic lifeguard that was created with support from the United States Office of Naval Research (ONR). A hybrid lifeboat-flotation buoy, EMILY is 1.27 meters long and weighs 12 kilos. With its jet engine system, it can travel up to 37 kilometers per hour. It has a video camera with a live feed to an accompanying app, two-way communication radios, and lights on its body for night rescues.

"EMILY is made of Kevlar and aircraft-grade composites and is virtually indestructible," said Tony Mulligan, CEO of Hydronalix, a maritime robotics company. "The devices can be thrown off a helicopter or bridge and then driven via remote control to whoever needs to be rescued." Up to eight people can hug the device while awaiting rescue.

In 2016, EMILY helped rescue asylum seekers off the Greek island of Lobos during the European migrant crisis. According to Public Radio International (PRI), Emily brought more than 240 refugees to safety in its first ten days of use.

Snakebot: from earthquakes to the seas

In 2017, researchers at Carnegie Mellon University (CMU) deployed their Snakebot to search for survivors several days after the 7.1-magnitude earthquake in Mexico City. The remote-controlled, multi-jointed snakebot can crawl and climb through debris. It has a camera with a live feed, LED lights, and distance-measuring laser technology.

While the Snakebot was not able to locate any survivors, the trip gave the team valuable insights. “Adding sensors like microphones and speakers were the biggest requests that we got,” said Matt Travers, systems scientist at CMU’s Robotic Institute. “Being able to get a microphone farther into a structure to listen locally would be a very high priority.”

Recently, CMU’s Snakebot has added swimming to its repertoire. Developed through a grant from the Advanced Robotics for Manufacturing (ARM) Institute, the submersible robot snake could be used to inspect ships, submarines, and other underwater infrastructure.

Drones: a rescuer’s eye in the sky

The first known use of drones for an actual disaster occurred in 2005. They were used to search the wreckage for survivors following Hurricane Katrina, which claimed an estimated 1,200 American lives and cost USD 108 billion in damage.

"The platforms, which require less than 10 minutes to set up and fly, were designed to be easily carried by responders as they hike into the debris," said Dr. Robin Murphy, director for the Center for Robot-Assisted Search and Rescue (CRASAR).

"We learned that seeing whether people were trapped on their roofs just beyond sight along a flooded road was critical,” Murphy continued. “It takes too long for manned helicopters to get there--if the radios are working."

More than a decade later, drones have become part of the first responder’s arsenal.

Want to see even more rescue robots? Check out this video.

Eyes on the ground and in the skies

A pioneer in the field of disaster robotics, Dr. Robin Murphy has assisted in 29 disasters worldwide--starting with the 9/11 terrorist attacks and including Hurricane Harvey and the 2011 Tohoku earthquake and tsunami. This wealth of experience and knowledge has taught her an invaluable lesson.

“We believe that robots being the difference between life and death, it’s now getting unethical not to use them,” Dr. Robin Murphy told NBC News.

When disaster strikes, we depend on first responders to rush in to save lives--at the risk of their own. These environments are incredibly dangerous, and there are only so many first responders available for a disaster. Rescue robots can be their eyes on the ground and from above, providing them with life-saving information in situations where every second counts.