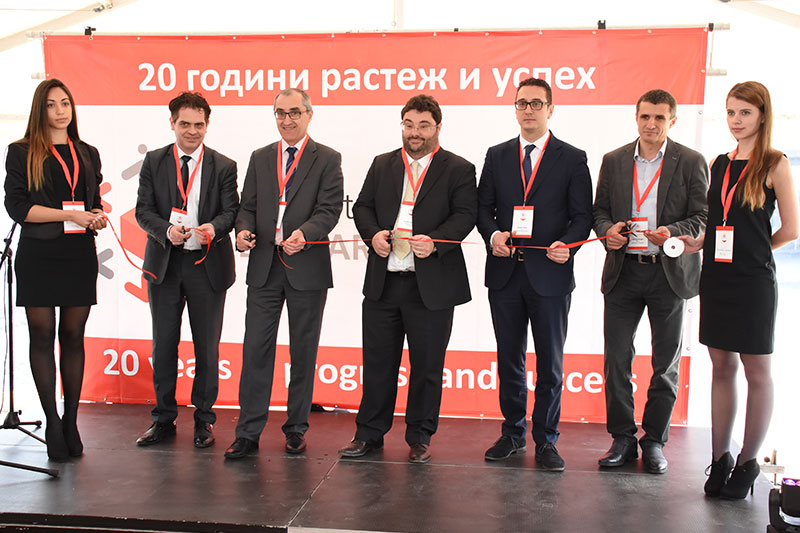 IMI Bulgaria (IMI BG) celebrated its 20th anniversary on April 12, 2017.  The milestone is a manifestation of the site’s strength and success all these years.

It all began in 1997 with a few machines that delivered electronics for household use in France. As the company grew over the years, it now has more than ten automotive customers, making IMI a major player in the European automotive EMS or Electronic Manufacturing Services scene.

IMI Bulgaria’s site general manager Eric de Candido also expressed his gratitude to all the employees for their commitment
and braced everyone for the new challenges ahead.

The site also inaugurated its newly expanded factory in Botevgrad, a new 8,500 sq.m. operational shop floor that will house the warehouse, plastic molding manufacturing, tool shop areas and another 2000 sq.m. administrative area. The new factory is designed to bring the safest and
a most pleasant work environment. The ribbon-cutting was held in the presence of Bernard, de Candido, the vice minister of economy in Bulgaria, the executive manager of the Bulgarian Investment Agency and the mayor of the Municipality of Botevgrad. The president of Bulgaria also sent a congratulatory note to IMI Bulgaria.
COM16C-ORG2017

IMI will always be relevant, if not on the leading edge of the next big thing."

LEARN MORE ABOUT OUR CAPABILITIES AND EXPERIENCE